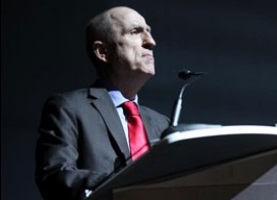 Greek and Spanish people have been fooled by ex nihilo demagogs advised by arrogant ignorants. Mr Varoufakis ignores the Monetary Circuit, MMT and all macroeconomics as well. He believes that Central Bank have to borrow money, he ignores what role the State has to play in the Monetary Circuit. I must say that any of you will do a better job. Mr Varoufakis is piling up ignorance and policy mistakes. To denounce the “Troika” experts is aggregating an international organization, the International Monetary Fund (IMF), the European Commision lacking any decision power and the weird European Central Bank (ECB). Mr Varoufakis ignores that the ECB is an oligarchy of independent Central Banks (including the Greek one) in which “Frankfurt” has only four seats.

Mr Draghi Mrs Yellen or Mrs Lagarde. As for independence, all decisions are de facto endorsed or required by major governments (Germany and France). Since he rejects experts appointed by the “Troika” whit whom does he intends to discuss?! There is more, as I wrote: what is at stakes is the mysterious debt to the Governments and to the IMF. It is the outcome of the run to the abyss of the Euro system. In order to maintain banks net worth, the ECB imagined an absurd system: France and Germany (mainly) will borrow to private banks, thereby raising their own debt. Proceeds will be financing loans to Greece (Spain, Italy, Portugal, etc.), which would reimburse of share of its debt, in fact paying interests. Ultimately, this strange system generated a rise in the aggregate public debt of States, encompassing the public debt of both France and Germany plus debt of Greece to lending countries. Now, there is no way out of “Absurdistan” other that destroying the inquisitorial straitjacket or imposing a dramatic revolution in the European minds. The sole strategy in the short run would have been to warn: we are ready to leave the Euro and default. It would have been enough to generate panic amid the European rulers and markets. They could have give Greece everything to prevent the fall of the system. Begging is sheer stupidity! The new regime could have used coercive power on its Central Bank. It is too much for an arrogant and ignorant scion of one of the wealthiest Greek family, deprived of any political shrewdness talent owing everything to powerful American network. Finally, Mr Varoufakis pilgrimage proves that one cannot debate with the devil. The Euro was created to impose austerity, the dismantling of States, the rule of finance. It is as I wrote a laboratory experiment which as its own logic. Mrs Merkel and Mr Hollande understand that Mr Varoufakis is the sole who believes that Euro has been built for the people. Your Comrade, Alain 13.02.2015